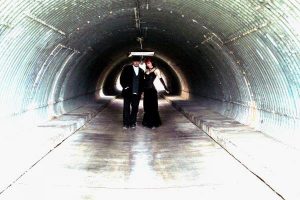 Dreamgaze Press, Airplay, Reviews and Interviews can be found on the following e-zines, blogs, radio stations, podcasts and magazines:

Side-Line.com
Goth and Industrial news, interviews and reviews in Belgium

Reflections Of Darkness
Dark Music Webzine in the Netherlands

The Studio
Video and Photo studio in Phoenix, AZ USA

Entering the Masturbatory
Melancholy Music Blog based in USA 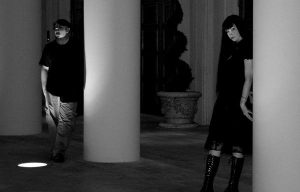 The 1 masterpiece of 2009: Dreamgaze’s debut album “Sound Colour”. My number 1 choice for best album in 2008 was Bella Lune’s “Abstracted Visions”, which is lead by bewitching diva Lady Fuchsia. Miss Fuchsia and Michael Wooley partnered together to launch a new project in May 2008 called “Dreamgaze”. Bella Lune “Abstracted Visions” is a fantastic sound world which has the charm of a sparkling angel and a bewitching little devil. Dreamgaze “Sound Colour” continues with the same sex fantasy, but with the impression of the relaxing sounds of nature with forest fairies. High quality synth sounds back the almost acoustic sounding guitars and somber bass, to create a lush Dream-Pop/Trip-Hop/Shoegaze/Darkwave sound. “Sound Colour” as the title suggests, is composed of colorful music. “Sound Colour” is the name of 12 stories. Listen to them gently, and the world of sounds will carry you away into loose consciousness. Fuchsia’s vocals are sometimes like a child, sometimes like an angel, and sometimes even like a little devil. When finished listening, I am deeply moved and need to rest my mind. A Masterpiece has been released by Dreamgaze and it is called “Sound Colour”. — Bloodline 252 Japanese Dark Music Blog (Translated from Japanese by Google)

DREAMGAZE is a project of Fuchsia Angel of BELLA LUNE and Michael Wooley, formed in 2008 when the two met in an internet radio station chat room. Despite being hundreds of miles apart (Phoenix and Detroit) they soon began to record their debut album ‘Sound Colour’ in two separate studios and finally it came to life in autumn 2009. This summer the band released their first music video for the song ‘Wasteland’. It’s hard to avoid the comparison between DREAMGAZE and BELLA LUNE as the bands share marvellous Fuchsia’s vocals and their music definitely has something in common. But DREAMGAZE is much dreamier, airier and even more atmospheric. Crystal clear voice of Fuchsia in the opener ‘Sincerity’ invites us in the ethereal world of colourful sounds. Leisurely guitar currents, welling out of this track, flow through the entire album, sometimes speeding up a little bit, sometimes slowing down. In the catchy melancholic ballad ‘Graveyard Kiss’ cold guitars build vast textures upon rather dark electronic background. Abrupt bass-line backed by the buzzing guitar sound walls arouses a feeling of disturbing expectation or even a kind of foreboding in ‘Shadow Walk’, while ‘Soft Places’ calms down being mellow, relaxed and gauzy. The prelude of ‘Wasteland’ evokes an abandoned picture of the borderless prairie at sunrise, resembling a landscape from a western, to give birth to a feeling of solitude and desolation, supported by atmospheric riffs chasing you till the song ends. “What have we become / slowly dying in our wasteland?” – Fuchsia asks in a subtle angelic voice and this question remains open for almost everyone in our society where people are forgetting how to accept each other. ‘Wasteland’ is certainly one of the highlights of the album along with ‘She Whispers Silently’, the most dynamic track, distant haunting rhythm section of which sustaining edgy riffs conveys a desperate cry for help. The closing ‘Weeping Willow’ returns serenity and smoothness to the flow of DREAMGAZE music. ‘Sound Colour’ is a fabulous trip to a placid dreamland coloured in pastel shades of dawn and sunset. An excellent, solid and fluent album, perfectly fitting for relaxation and contemplation! — Reflections Of Darkness

Dreamgaze is a side-project of the Bella Lune singer Fuchsia Angel. Together with Michael Wooley she set up this project in 2008. Released a few months ago now “Sound Colour” is the debut CD of this new duo. Similarities in style and influences with Bella Lune make sense although there’s a different and quite noticeable guitar play reminding to 80s bands like Cocteau Twins and other This Mortal Coil. “Sound Colour” sounds as a quite accomplished release and especially for a debut release this is a quite noticeable work. From start on you feel like elevated through the wafting guitar parts and the typical sexy, dreamy vocal parts. The debut part is pretty cool with the “Sincerity”, “Dark slow Deep” and “Stargazer”-songs. A more melancholic flavor comes through on “Graveyard Kiss” while “Shadow Walk” goes on a similar line. That’s maybe the only little regret I’d during the listening of this CD. After a while all songs start to sound pretty similar. It remains enjoyable and well-crafted with “City Of Lies” as real new highlight, but a little bit more diversity would have been suitable. Even if there’re some links with Bella Lune, Dreamgazer finally reached an own identity. “sound Colour” sounds a bit like the point where shoegaze ends and Dreamgaze starts. It’s all into wave-reverie, which I hope this American duo will go on to explore and to improve on their next works. — Side-Line.com

Although thousands of miles apart (Phoenix and Detroit), Dreamgaze is the side project of Angel Fuchsia, Bella Lune vocalist, and Michael Wooley. They formed in May 2008. They decided to unite to create atmospheric and somniferous songs (in a good sense of the word), which are achieved in their debut album “Sound Colour”. While the songs are well produced, they at times become very linear and it is difficult to differentiate from one another. Unlike Bella Lune, here the songs are slower, but this is no problem for fans of shoegaze, dream pop and the like. To my taste highlights the hazy “Shadow Walk”, the melancholy “Soft Places” and the hit of the album, “Wasteland.” It is out of line “She Whispers Silently, which is busy with electronica. A recommended album for fans of Cocteau Twins and Cranes, numbing the senses. — My Beloved Darkness (Translated from Spanish by Google)

Dreamgaze is a collaboration between Fuchsia from Bella Lune and Detroit musician and artist, Michael Wooley, though you wouldn’t know it by listening to this album. On tracks like “Wasteland” and “Stargazer” the two create a cohesive tapestry of sound that usually comes from years and years of hard work for most full-time bands. Fuchsia’s angelic vocal delivery has always been a highlight of Bella Lune’s sound, but couple that with the soothing guitar lines from Michael Wooley and you have the perfect soundtrack for “stargazing.” Fair warning: If you get on this galactic ride you may not want to return. — DJ Manchester

This is the project of the duo Fuchsia (of Bella Lune) and Michael Wooley (of Spiral Path and others). They bring together their talents, influences and taste in music perfectly for this fairly well-balanced ethereal goth project. This is their debut album which came together after these two only working together for about a year, across a distance of hundreds of miles for a release in late 2009. The album is released in a simple digipack and includes a dozen dreamy tracks to captivate the listener. The captivating music begins with “Sincerity” which upon first listen to the album quickly became a favorite with it’s dreamy ethereal, high siren-like alluring vocals and somber shimmering guitars over a subtle beat. Fuchsia’s vocals remain at the forefront on this and each track throughout the album. Though not dominating, they remain captivating though usually in what seems to be highly processed giving them a lot of echo and that dreamy quality. This remains the case whether it’s the darker “Graveyard Kiss” with heavier electronics or the somewhat spatial ambient piece “Soft Places”. Her vocals become clearer on other pieces with a slight diversity in style like the moving “Shadow Walk” which is another favorite with it’s solid bass moving things along mixed with a bit more of a solid beat. As a fan of The Cure, I’ve always felt that a good, solid bass really helps to make a track stand out in the various goth-related genres. This album is heavily laiden with this style and really becomes apparent on “Shadow Walk” where it becomes the dominant feature. Other tracks allow it to really stand out as it is much more than a monotonous way to keep the music flowing. The shimmering guitars come together to mix with this solid bass and Fuchsia’s vocals and bring a slight shoegazer feel to the album. Often they’re very subtle such as on “Wasteland” which becomes a dreamy version of a post-apocalyptic piece. They stand out much more on other pieces like the first piece “Sincerity” and the grinding electric guitars stand out on “Dark Slow Deep” as well as many others. Through it all the electronics play something of a minor role, just lending a bit more depth to each piece which helps to make them complete. Overall the album moves along dreamily with a few pieces standing out as favorites as mentioned above, but yet remaining together in a homogenous, attractive work that fans of dreamy ethereal with a touch of goth and shoegaze, led by siren-like female vocals will really love. Pick it up and enjoy it! — Gothic Paradise

If you still hanker after the old ‘shoegazing’ days of the early/mid 90s or just a bit of good old-fashioned ethereal goth then you might well find some joy in the gentle washes of reverbed or sustained guitar which make for a mood that is ethereal yet dark although ‘Graveyard Kiss’ does pick up some sense or urgency as it develops (& at over 6 minutes’ duration there’s plenty of time for it to do so) & there is a slight grittiness in some of the guitar & drums with ‘Before Ruin’ sounding akin to ‘deathrock for girlies’!. Only occasionally does the pace pick up to any noticeable degree & when it does on ‘She Whispers Silently’ the result is a lightweight slice of pop fluff. Best track by far is ‘Faces In The Rain’ which has a nicely exotic & mysterious feel as sinuous middle-eastern melodics vie with wordless, spoken & sung voice while ‘Weeping Willow’ closes proceedings on an almost gritty note as the drums, & guitar offer something of a contrast to Fuchsia’s voice that sounds as if its being carried on their air to seep into your consciousness! Overall, this is a pleasant album from an act finding their feet & laying the foundations for the treat that Fuchsia & Kal3id would later unveil as Bella Lune!. — Hard-Wired

Information about the group Dreamgaze

‘Dreamgaze’ was formed in 2008 by Michael Wooley and Fuchsia Angel of Bella Lune. They met in an internet radio station chatroom, where they realized they had nearly identical taste END_OF_DOCUMENT_TOKEN_TO_BE_REPLACED